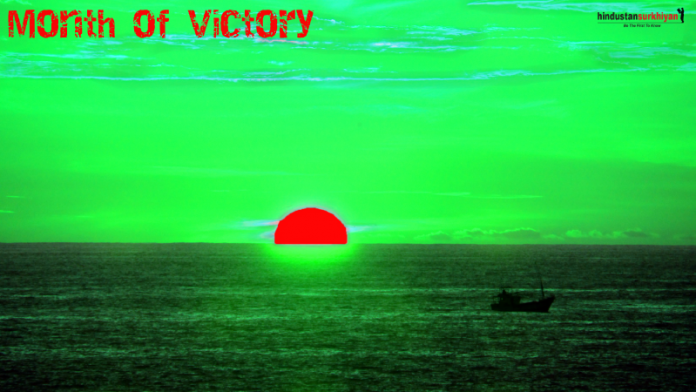 “Bijoyer Maash” (Month of Victory) has begun on Tuesday, December 1. The nation will celebrate the month through different festivities and programmes. However, this year the month of victory will be broadly celebrated via virtual programs as the second wave of Covid-19 is knocking at the door.

On December 16, 1971, Bangladesh became independent from the Pakistani occupation forces after a nine-month-long Liberation War.

Throughout the month, different socio-political and cultural organisations, and educational institutions will be arranging numerous programmes to celebrate the victory achieved under the leadership of Bangabandhu Sheikh Mujibur Rahman.

On December 14, the nation will observe the Martyred Intellectuals’ Day to commemorate and pay homage to the intellectuals killed by the Pakistani forces and their collaborators in 1971.

The Victory Day will be celebrated on December 16.

On this day in 1971, General AAK Niazi, the commander of Pakistan army, and his 93,000 soldiers surrendered to the allied forces of freedom fighters and Indian army at Ramna Racecourse, now Suhrawardy Udyan, in Dhaka.❐

Bangladesh looking for more sources to get vaccines