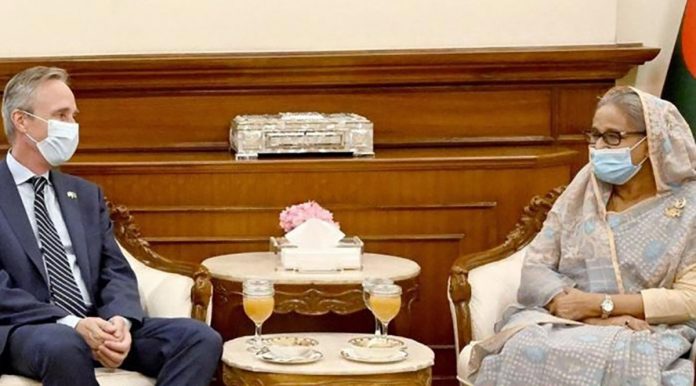 He said, Bangladesh is a successful area of ​​development and has achieved a very impressive. Bangladesh is becoming one of the surprising countries with its development.

He said this during a courtesy meeting with Prime Minister Sheikh Hasina on Tuesday (November 14) morning. Live the news.

At this time, Sheikh Hasina said that Bangladesh wants to maintain free and transparent relations with the world. Prime Minister’s Press Secretary Ihsanul Karim briefed the journalists after the meeting.

Before this, World Bank South Asia Vice President Martin Riser arrived in Dhaka on Saturday (November 12) on a three-day visit.

Apart from Prime Minister Sheikh Hasina, he is scheduled to meet several senior government officials during the visit. He will also visit a World Bank-supported project.

Incidentally, Reiser, a German citizen, took over as the World Bank’s Vice President for South Asia on July 1, 2022. Prior to taking up this role, he served as Country Director for China, Mongolia and Korea. He has held similar positions in Turkey and Brazil.