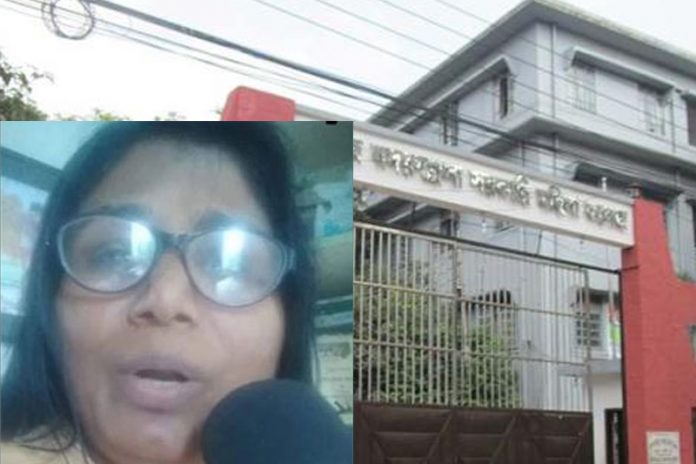 Rapid Action Battalion (RAB) has held a teacher of Badrennesa Girls’ College for allegedly spreading religious hatred through posting a video on Facebook. She was known as Ruma Sarkar.

He told risingbd that Ruma Sarkar was held for spreading propaganda through posting of notorious murder of the capital’s Pallabi as the killing of Jatin Saha in Noakhali. She was taken to RAB Headquarters for interrogation in this connection.

According to RAB, a video that recently went viral on Facebook has been promoted by an insidious quarter as a video of killing Jatin Kumar Saha on October 15 in Chaumuhani, Noakhali. In fact, the video is of a man named Shahin Uddin being publicly hacked to death in front of his child in Pallabi on May 16. The main accused in the Pallabi incident and other accused have already been arrested. But the insidious group is editing the video of Pallabi and making it viral on social media and Facebook as a video of Jatin Saha’s murder. The video was spread with the aim of creating confusion among people and creating a volatile environment.