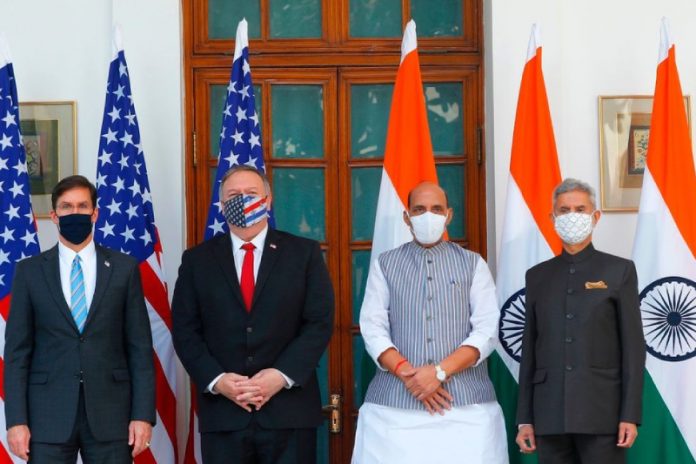 India will sign a military agreement with the United States for sharing of sensitive satellite data, the defence ministry said on Monday, as the two sides began a top-level security dialogue aimed at countering China’s growing power in the region.

U.S. Secretary of State Mike Pompeo and Defense Secretary Mark Esper flew into New Delhi for talks with Indian leaders at a time when India is locked in its most serious military standoff with China at the disputed Himalayan border in decades.

Washington, for its part, has also ramped the diplomatic pressure on China, as ties worsen over a range of issues from Beijing’s handling of the coronavirus to its imposition of a new security law in Hong Kong and ambitions in the South China Sea.

Ahead of the formal two-plus-two talks on Tuesday involving top diplomats and military officials, Esper met his Indian counterpart Rajnath Singh and the two men discussed the Basic Exchange and Cooperation Agreement on Geospatial Cooperation that is ready for signing, the Indian defence ministry said.❐