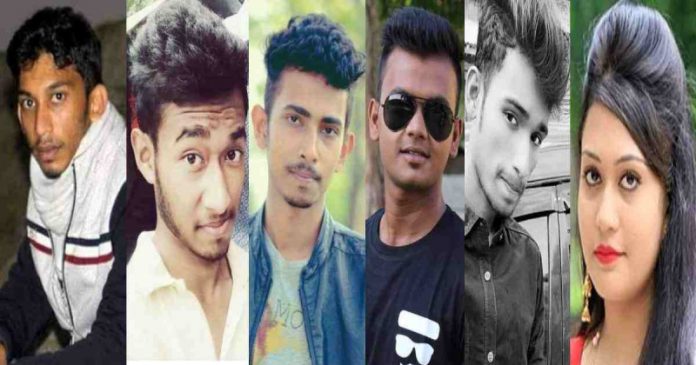 A court in Barguna on Tuesday awarded 11 juvenile convicts in different terms of simple imprisonment in sensational Rifat murder case.

While delivering the verdict, the court clarified that the conviction was given to prevent the trend of popping up of teen gang culture.

However, three accused were acquitted as their guilt was not proved. They are: Maruf Mallick, Ratul Sikder Joy and Ariyan Hossain Shraban.

The six juvenile convicts were brought to the dock from Barguna Jail around 9am amid tight security and the eight others, who were on bail, appeared in court ahead of them.

On September 30, the District and Sessions Judge’s Court delivered the verdict of the 10 adult convicts.

Of them, six, including the victim’s wife Ayesha Siddika Minni, were given death penalty while four others acquitted from the murder case.

Rifat Sharif, 22, was hacked to death by criminals in front of his wife Minni in broad daylight in Barguna town on June 26, 2019. The incident was caught on surveillance camera.

On September 1, the same year, police submitted investigation report against 24 people. Of them, 10 are adult while 14 are juvenile.❐