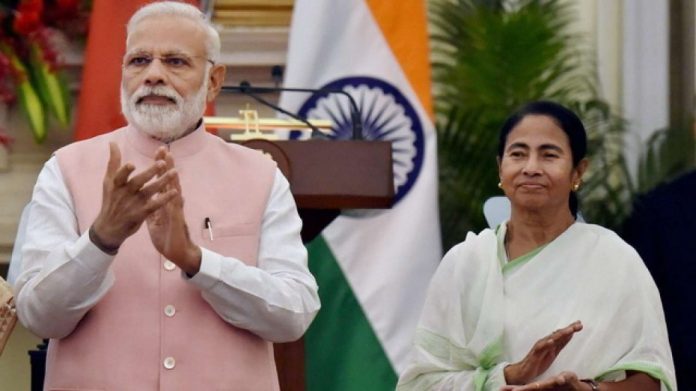 Prime Minister Narendra Modi, who is all set to set foot in Kolkata to commemorate Netaji Subhash Chandra Bose on his 125th birth anniversary, is likely to share the stage with West Bengal Chief Minister Mamata Banerjee.

According to a report by Bengali daily Anandabazar Patrika, Banerjee has been invited to the cultural programme at Victoria Memorial hall on Saturday, which will mark the beginning of a year-long celebration in the memory of Netaji.

Reportedly, the details released by the Prime Minister’s Office (PMO) has revealed that Banerjee has been invited to give a speech at the event. West Bengal Governor Jagdeep Dhankhar’s name is also there among the speakers.

Meanwhile, the Prime Minister will begin his tour of Kolkata with a speech at an international seminar dedicated to Netaji at the National Library. Subsequently, he will travel to the Victoria Memorial.❐