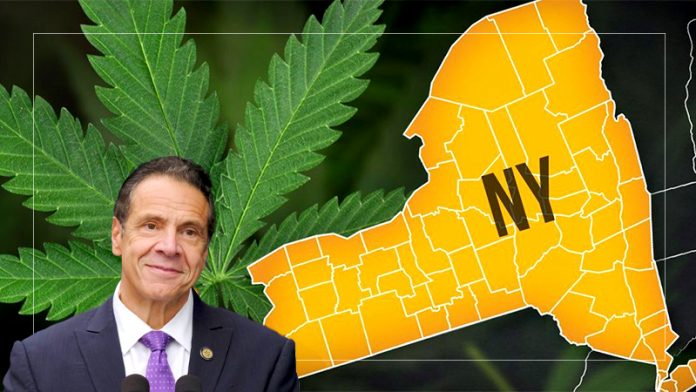 New York is going green — the leafy green of cannabis, that is.

The sale of recreational marijuana would be legal for adults 21 and older in the Empire State under a bill top lawmakers agreed to late Saturday. It’s expected to pass both chambers of the legislature as soon as next week.

Coming after years of harsh penalties for marijuana possession — with many New Yorkers of color in particular slapped with life-ruining sentences — the legislation would also expunge criminal records for people who bought or sold quantities that will become legal.

The bill legalizes possession of up to 3 ounces of pot and 24 grams of cannabis concentrate.

It would also establish an Office of Cannabis Management to oversee production and sales of pot. Along with handling quality control, the office would be charged with getting half of pot-selling licenses to minority- and women-owned businesses.

Five board members, appointed by both the state legislature and the governor, will oversee the new office. Cuomo initially wanted the agency to report just to him.

Marijuana can also be grown in homes — six “mature” plants and six “immature” ones per household — under the legislation.

The state would also expand the list of medical conditions making a patient eligible for medical use of marijuana.

At a time of fiscal uncertainty in the wake of the coronavirus outbreak, budget officials have estimated that the program could eventually bring in about $350 million a year in revenue for the state. The legislation includes a 9% sales tax on pot, with counties allowed to impose an additional levy of up to 4%.

New York is following about a dozen states that have legalized recreational pot as Americans have mellowed regarding drug law.