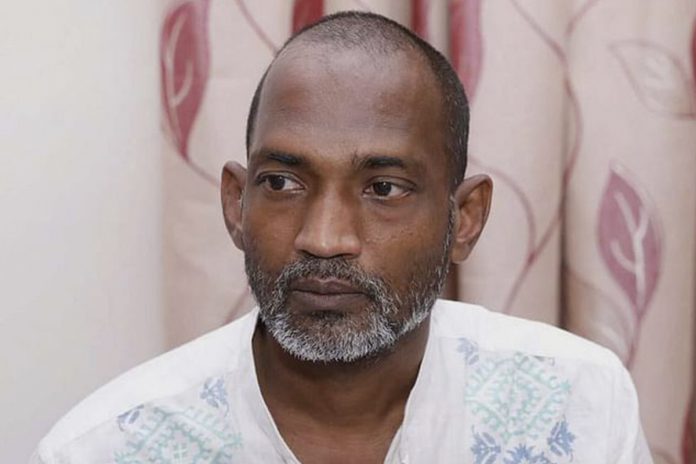 The Police Bureau of Investigation (PBI) has ‘not found’ any evidence that cartoonist Ahmed Kabir Kishore was tortured in custody.

Md Mizanur Rahman, a superintendent of police at PBI, said on Wednesday that they submitted the investigation report to the court on Oct 17, reports bdnews24.com.

The Dhaka Metropolitan Sessions Judge’s Court has set Nov 24 for a hearing of the report, according to a court official.

“No initial evidence was found that 16-17 individuals in plainclothes tortured Kishore physically,” the investigation report said.

Kishore was released on bail on Mar 4 after spending 10 months in jail in a case under the Digital Security Case. He later initiated a case with the court under the Prevention of Torture and Death in Custody Act of 2013, alleging torture in the custody of law enforcement. He said he could not identify the suspects.

In his case, Kishore said he was arrested on May 5 last year in a case under the Digital Security Act started with Ramna police. But three days earlier, on May 2, he claimed that several unidentified men forcefully handcuffed him before putting a mask on him.

After the men declined to reveal their identities, they searched his belongings without a warrant and confiscated his mobile phone, computer, hard drives and other digital devices, he said.

The cartoonist said he was then taken from his Kakrail home to a “secluded place” in a car, which was part of a band of six to seven cars that blasted music from the speakers so that his screams went unheard.

The case dossier said the men then showed his cartoons on a projector and demanded he explain their meaning.

After being slapped during the torture, Kishore said he sensed blood dripping from his ear. He fainted in pain after the men beat him with sticks, according to the charges.

He alleged that “the physical and mental torture” went on for two more days and he later found himself at the RAB headquarters, where he met writer Mushtaq Ahmed.

They were handed over to Ramna police on May 6 and accused in the Digital Security Act case on charges of spreading anti-government sentiment.

Mushtaq died in jail later that month, triggering protests demanding justice for the writer and the repeal of the Digital Security Act.