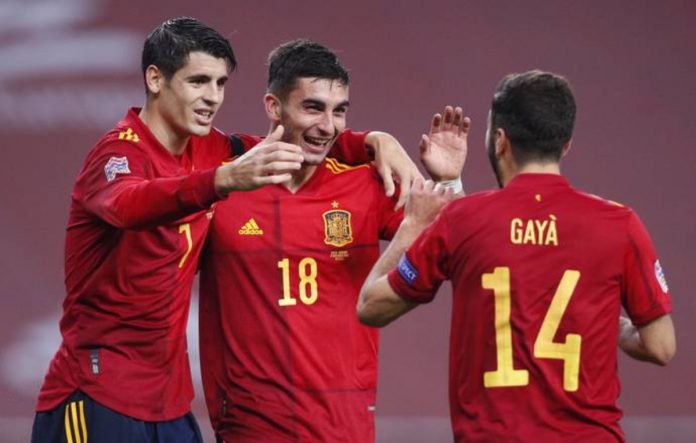 Spain forward Ferran Torres scored his first hattrick as his side crushed helpless Germany 6-0 at home on Tuesday to storm into the final four of the Nations League.

Goals from Alvaro Morata, Ferran and Rodri gave Luis Enrique’s side a convincing 3-0 lead at halftime, while Ferran struck again early in the second half and completed his treble with a classy finish.

The victory saw Spain finish top of League A4 with 11 points after six games, while the Germans, who only needed a draw to progress to the final phase, came second with nine.

Spain suffered an early injury setback when Sergio Canales was taken off but his replacement Fabian Ruiz had an immediate impact, sending in a superb delivery from a corner and Morata rose unmarked at the far post to head home in the 17th minute.

Morata netted again soon after by connecting with a cross from Ferran but his strike was incorrectly ruled offside, with no VAR in operation in the Nations League.❐