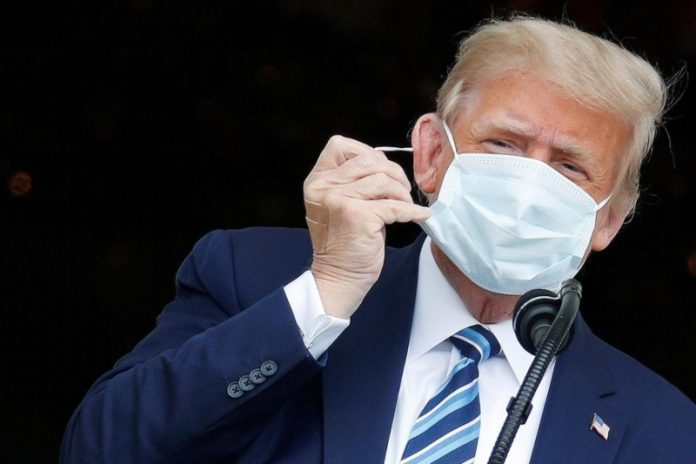 US President Donald Trump is no longer a Covid transmission risk to others, the White House physician has said, reports BBC.

Sean Conley’s memo is the first update on Mr Trump’s health since Thursday.

There had been concerns that he might still be contagious following his three-day hospital stay. However, the statement did not say whether Mr Trump had tested negative for Covid-19.

He is due to face Democratic challenger Joe Biden in the presidential election in less than a month, on 3 November.

Polling suggests Mr Biden has a 10-point lead over Mr Trump nationally. However his lead in some key swing states is narrower – he is 7 points ahead in Pennsylvania, 3.7 points ahead in Florida and less than a point ahead in Ohio, according to an average of polls collated by Real Clear Politics.

There is also unprecedented uncertainty over mailed ballots. Some states want to expand postal voting as a public health measure against the virus but Mr Trump has claimed without evidence that postal voting is vulnerable to fraud.

Meanwhile an ABC News/Ipsos poll found that just 35% of Americans approved of how the president has handled the coronavirus crisis.